Discussion questions for The Altarpiece

In 2008 or 2009 I saw a documentary at the Museum of Fine Arts in Boston called The Rape of Europa. It was based on a book by Lynn Nichols and told the story of Nazi art looting and destruction during WWII. I thought it was the most fascinating subject I had ever come across.

I went out and bought every book I could find on the subject, all of which we non-fiction. I could find nothing in the historical fiction genre, and I found that surprising. So, I decided to write a novel myself, based on the true stories I learned about while doing this research.

Historical novels can be a wonderful way for people to enter into a new realm of understanding about a time period, a person or an event. I’ve read them my whole life and I felt that, as a history professor myself, I was uniquely positioned to be able to ride the line between offering sound research to tell the true story, and creating fictional characters and situations to allow the reader to dive into that world.

The Madonnas of Leningrad by Debra Dean

Pictures at an Exhibition by Sarah Houghteling

The Historian by Elizabeth Kostova

The Birth of Venus by Sarah Dunant

A Thread of Grace by Maria Doria Russell

The Art Forger by Barbara Shapiro

The Rape of Europa by Lynn Nicholas

The Monuments Men by Robert Edsel

The Faustian Bargain by Jonathan Petropoulos

The Venus Fixers by Ilena Dagnini

Stealing the Mystic Lamb: The True Story of the World’s Most Coveted Masterpiece by Noah Charney

The Forger’s Spell by Edward Dolnick 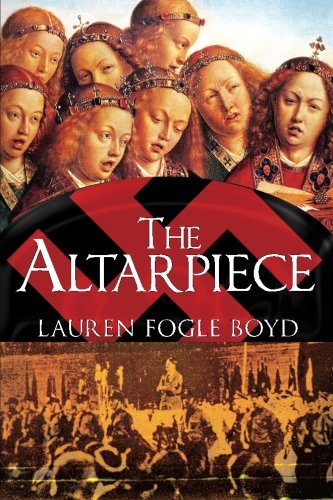